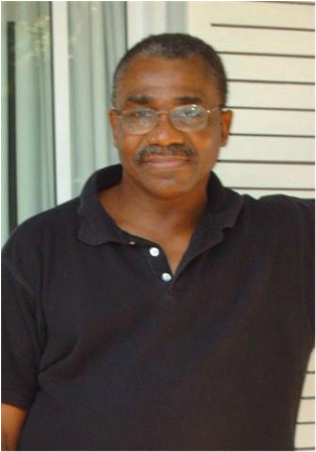 ACTOR, DIRECTOR,
PLAYWRIGHT, EDUCATOR
​  TV PRODUCER
​  Bringing over 30 years of experience to the stage, screen and behind the scenes.

Mr. Holtz is a writer, actor, director and teacher with an extensive background in theater, film/video and stand-up comedy.  He currently teaches theater in the Newark (NJ) Public Schools. Through the years he has served as a Teaching Artist in Residence with the New Jersey State Council for the Arts, NJPAC and Playwright’s Theater of New Jersey.  He has also worked with the New York Shakespeare Festival’s Playwriting in the Schools program, Mind Builders-Positive Youth Troupe, New York University’s Creative Arts Team, The Children’s Art Carnival, and Theater for the Forgotten’s Changing Scenes. In the summer of 2008, Mr. Holtz served as a Cultural Envoy to South Africa through U.S. Department of State
as a playwright.

Some of his writing credits for the stage include: Black Codes From The Underground (produced by Lincoln Center's Directors Lab 1999), Where's Bobby?, Trip This, The Anansi X-5000 and Ali… From Cassius Clay To Bomaye.  His plays Lifeline and A Christ Mass Story were both produced in NYC by Real Life Theater.  Mr. Holtz’ latest stage work in development is South Africans-Americans. His film projects include The Mission… Field Your Way Through It and a screenplay Chicken Special awaiting funding. His television projects being pitched include 125th Street & Co., Beacon Place, and Grand Ma's Hands, Real Life Ministries, along with The Christ Mass Story for stage and CD recording. Among Mr. Holtz's acting credits are: Jonin’ at The Public Theater, Michael Jackson’s Bad (music video), America’s Most Wanted (television) and Heavy (feature film).

Instruct public classes in Acting, Creative Dramatics, Theater Production and Comedy for Pre-K through high school aged students.  Class usually consists of ten sessions, culminating with a presentation/performance open to the public. Provide a theatrical writing experience for students of all ages, both "at risk" and "achievers", throughout New Jersey.  Residencies vary in length from four days to two months and sites from schools to group facilities to prisons.  All students, regardless of background, are introduced to the basic elements of playwriting (“who, what, where”). Various creative dramatic techniques are employed to help facilitate the writing process.  In some cases professional actors perform the students work at a culminating assembly.

Conduct theater residencies in the disciplines of playwriting, acting and improvisational theater for students in grades 5 through 12 in the Newark, Plainfield, Paterson and Jersey City Public Schools.  Depending on the discipline, students learn the elements of playwriting, i.e., monologue, dialogue, etc., character analysis, diction/projection, using the body as an instrument and the spontaneity of creating something out of nothing. All this is in compliance with the state’s academic standards.  Their work is presented for the public in a final “open house” workshop.

Conduct Storytelling Workshops for caregivers of elderly family members who suffer various stages of memory loss. Workshops consist of storytelling techniques and strategies to help families reconnect and/or refresh from the stresses of caregiving. Workshops were conducted for groups as well as individual families.  As a Teaching Artist, I conduct theater residencies, using playwriting as a tool to help classroom teachers further explore a thematic unit (e.g. Greek Mythology).

Provided a theatrical experience (playwriting, acting, directing) for K - 8th grade students of the Elsinboro Township School (Salem County).  Residencies are twenty visits in length.  Students learned how to write a play in the first cycle of the residency.  In the second cycle they were directed  and performed their work for an audience.

Work with students elementary through high school in the five boroughs of NYC in various short and long term residencies, enhancing their writing skills, through theater (playwriting & acting).  Students also learned about their communities through walking tours and interviews of various community icons.  In some cases professional actors perform the students work at a culminating assembly.

Supervised and coordinated an intensive summer reading/ writing workshop with the underlying objective of “peer education”. Participants were Latino and African-American youth from Washington Heights and surrounding communities, who took part in workshops, and researched and designed logos and pamphlets for their themes of Teen Sexuality and Teen Relationships.  They further developed skits (scripted) reflecting their experiences, thoughts and feelings on the issues.  The finished product was performed for various youth centers and community groups.  Duties included supervising 17 Summer Youth Employment workers, coordinating research excursions, documenting work hours, and performing employee evaluations.

Developed and implemented innovative curriculum for a New York City Board of Education funded Chapter One creative reading and writing program.  Project used art to complement reading as a learning model.  Program was implemented at P.S. 140 and 146 in the South Bronx.  Duties include preparing theme based lesson plans for 3rd through 5th graders, supervision and coordinating reading activities with two artist- teachers and ordering supplies.  All participants in the program were below grade level in reading and writing skills.  Class themes focused on cultural and social issues, including urban contemporary culture, African and Latino cultures, the amazon Rain Forest, and urban violence.  Art sponsored by the Children’s Art Carnival.

SOAPS
​LOVING, ONE LIFE TO LIVE 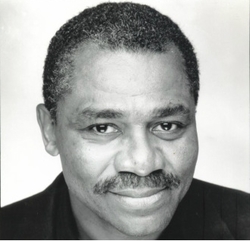 Gregory Holtz's unique approach to coaching comes from his background as an actor, playwright and director. This allows the student to not only think as an actor, but to step into the mind of the playwright as well as see the director's "big picture".  Working with Gregory you can expect the one-on-one attention needed to hone your craft and reach your full potential as an artist, as well as gain overall confidence in yourself as a person.